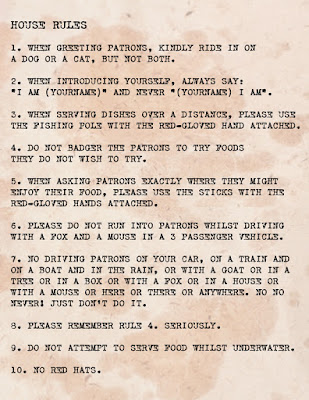 Posted by norm magnusson at 2:01 PM No comments:


Posted by norm magnusson at 4:27 AM No comments: 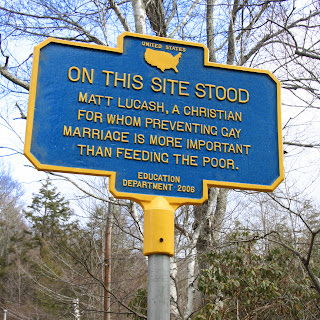 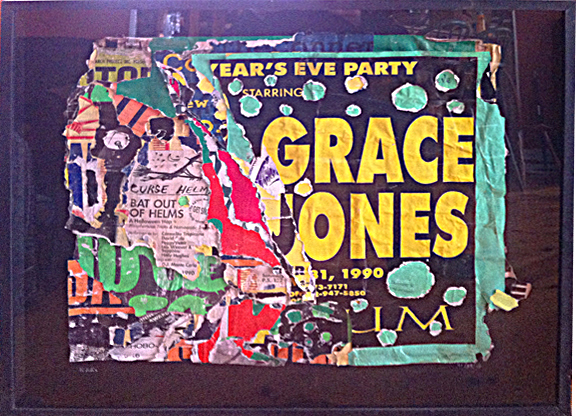 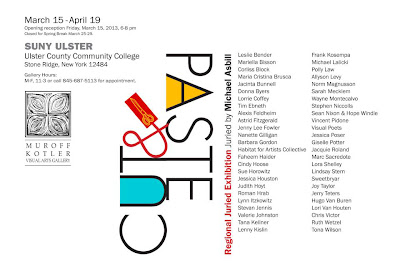 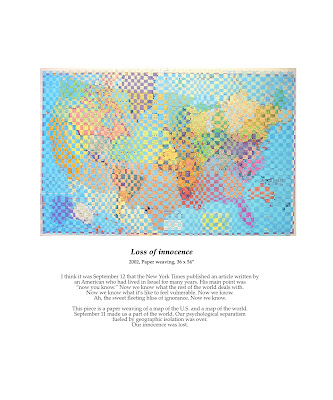 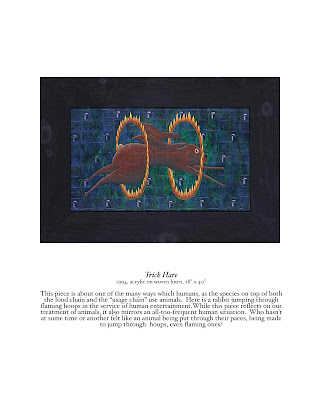 I've made so many pieces about gun violence in schools. Here are a few of them from my upcoming exhibition "Youth culture in America" at the Smart Clothes gallery.

A phenomenon I've experienced with some of these pieces is that they seem clever and appropriate right up until the time of the next tragedy at which time they are hard to look at, their mere existence almost an embarrassment for their inability to capture the ghastly horror of the latest event -- right now it's the massacre at Newtown, CT. 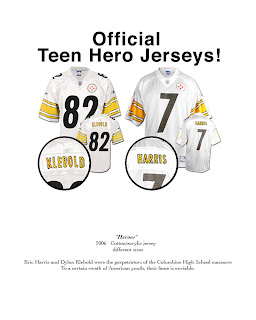 Roger Ebert: "In short, I said, events like Columbine are influenced far less by violent movies than by CNN, the NBC Nightly News and all the other news media, who glorify the killers in the guise of "explaining" them." -Roger Ebert, excerpted from his article:
http://blogs.suntimes.com/ebert/2012/12/the_newtown_killings.html 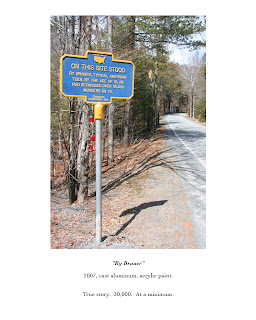 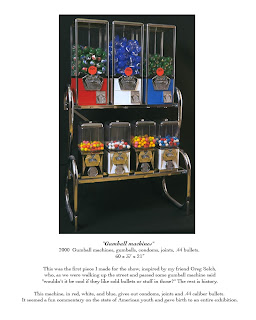 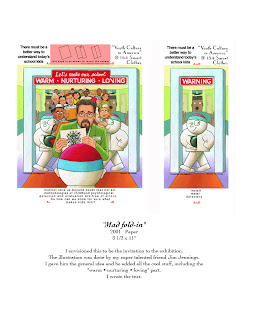 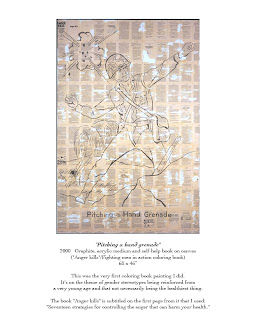 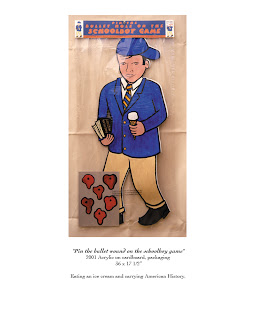 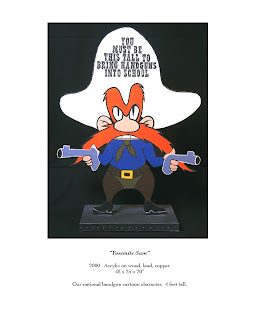 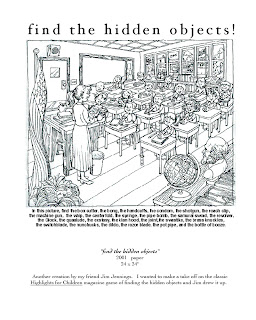 
This is a piece I'm eager to see installed.   Years ago I saw a graffiti artist who had "tagged" some construction site in Times Square with translucent scotch tape.   Viewed head on, you saw nothing.   Viewed at nighttime from the right angle, the non-reflective background disappeared into blackness and the tape glowed out the letters of his name: YITO.

So it goes with the shooting at Columbine and kids' gun violence in general.   They slip away into the background until another shooting happens and then we can't see anything elst.

I would tape the letters of the word "COLUMBINE" on that gallery wall.   When viewed from one angle, it will appear there's nothing there.   From another, the letters will catch and dazzle your eye with their reflective glow.

Posted by norm magnusson at 5:44 AM No comments: